Much have been said and done in the Taal crisis! Yet, many things are still expected! Many more are desired. Much more are needed. One wish is however, sent to high heavens, imploring – enough – “dear Lord, let slumber prevail in Taal, and let peace be upon us all!”

Who wouldn’t wish such prayers, Mr. Presiding Officer? Who wouldn’t wish that it be answered and given? And while we are awaiting for such response from our dear Lord God, why don’t we look at things differently?

That, the destruction of communities within the Taal volcano peripheries are reminders that doing things that should not have been done has the effects of its own! Lessons that should have been learned over and over again in the course of time!

That, people and government should be more circumspect of its disaster preparation and readiness and that all experiences from learning moments should be an applicable improvement to plans and programs of national and/or local governments alike.

That, people are good! All through out the crisis up to this day, and hopefully furthermore, multitudes of individuals, civil society organizations, corporate sectors and other volunteers who manifested their presence are all one  with government, on extending help to victims and evacuees on their own volition, of their own resources, and with an unselfish efforts of finding  their hearts for the needs of their fellow Filipinos. No, I mean even for the domesticated animal-victims of the volcanic eruption. I’ve seen it and surely you have, the fact is the Lucenahin goes beyond giving the victims, we receive them as well in our city as their brother’s keeper! What can be prouder than that? It is courage, no less, for doing good!

Courage my friends, has many faces. It is always from within but manifested in so many ways. Developed best in times of crisis!

A Fil-Am family on the peak of Taal for an adventure tour experienced just that on the exact moment the volcano displayed its tantrums. Certainly, they cannot forget their “sota” guide who courageously led them out of danger! A local horse-herder who never left them from the ordeal unto the safe side of the island for the final boat ride at the mainland. Realizing after which, that the same guide has his family still on the volcano island waiting to be fetched by him! And so, he did, and returned as fast as he can.

How about the local military and police elements who were almost always in the danger zone of the areas, persuading the communities against violating the lockdown regulation? I say, it is not only a call of duty, instead a courageous effort of putting their own lives on the line! And so, with the barangay officials, the local DRRMs, and the volunteers who herded the evacuees to safety. And can we forget the early donor-responders who travelled the dust-filled areas towards the places of evacuation? The media reporter-volunteers who not only exercise their call of profession, rather, extend their helping hand for people and care them toward safety as well. This is not just kindness, I say, it is courage nevertheless.

And do you remember the one vice mayor “TALAPYA,” who call “the spade a spade” in denouncing the lockdown policy then being implemented in the danger areas of concerns? Alleging among others that the policy could affect the livelihood of the evacuees?

The call made by the subject was not only for himself after all. It turned out to be the sentiments of many others who aired the same concerns for their “kabuhayans” in the danger zones that they wanted to visit from time-to-time, accordingly with the situation occurring.

We may disagree with their contentions and beliefs in view of their emotionally laden arguments, but never can we dispel the courage they exhibited in arguing their situations, to the point of putting their lives on-the-line – “mamatay kung mamamatay!”

I salute the courage displayed of all these people as narrated as I commiserate with the effects of the crisis to their lives. However, it should be a great concern for us, to deliver the wisdom that if one is courageous enough in facing adversities, one should also be courageous in preserving the same life.

Mr. Presiding Officer, my esteemed colleagues, visitors and friends, I know you are one with me in honoring such courage within our fellow men, expressed in the time that our people needed it most. Mabuhay! 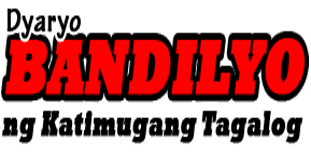